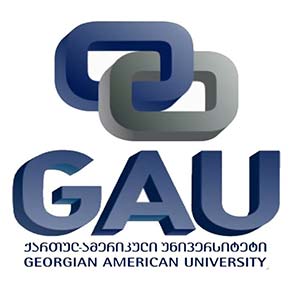 Georgian American University was set up in 2001 in Tbilisi capital city of Georgia. It is an approved and authorized advanced education foundation by the Ministry of Education and Science of Georgia perceived around the world. In the academic year 2016-17, GAU added the undergraduate medical doctor (MD) program which is recognized by MCI and WHO.

The core values of GAU’s academic philosophy are small classes and ideology-free environment. With a “Student-per-Teacher Ratio” of 8, GAU is establishing a high standard in the region and exceeding quality. The undergraduate MD program at Georgian American University (GAU) is a 6 year (360 ECTS) medical program designed to meet the challenges of training competitive and highly qualified doctors for the 21st century. The goal of the MD program is to train and develop knowledgeable, competitive doctors committed to lifelong learning in accordance with international standards set by the World Federation for Medical Education.

GAU’s team consists of highly qualified Georgian and foreign specialists. Professors of GAU belong to the Georgian scientists whose scientific articles are published in international peer-reviewed impact-factor journals. Our foreign professors are scientists of the leading universities in the United States and Europe. Along with the lecturers, the students are also conducting research in GAU’s research center.

European Credit Transfer system (ECTS) implemented in curriculum Makes easy for students to migrate to other universities of Europe and Russia after the course. A world wide recognized diploma helps students to work not only in India but also in majority of countries across the globe. University is approved by MCI and WHO. Also a member of leading international institutions like FAIMER, PMDC, BMDC.

The campus has spacious lecture halls, leisure facilities, well-equipped practical laboratories and a central library designed to meet the information and research needs of students. It holds a diverse collection of print, non-print, and computer resources. Each student will have access to various databases and e-learning software specially designed for medical students with 3D animations

Students at hostels will have same home atmosphere which makes them feel comfortable and adapt to local life. Separate hostels for boys and girls with Indian caretaker’s helps students for easy communication and better stay as there are no language issues. A Quality Indian food prepared by Indian cooks is another advantage for students. To make taste good Rice, pulses and spices are imported from India on quarterly basis. To provide safe and secure accommodation all hostels are equipped with high definition cameras and monitored by well trained security staff 24/7.

Practical exposure is one of the main concerns for students studying abroad. Differences in climatic and environmental conditions always play key role in regional diseases. To better understand the Practitioner methods which doctors follow in India and to give expose to regional and climatic diseases of India, a Clinical associated hospitals “VEDANTA”, was established with Indian doctors and international standards for training Indian students with modern Indian medical practices. This will help student to become familiar with Indian diseases and reduce the gap between Indian and global health education.

Students can concentrate on their studies as we take care of everything else during their entire academic period.